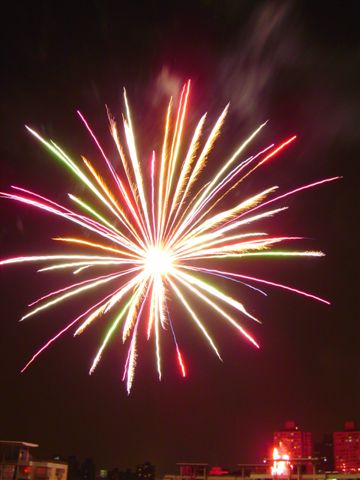 As we all know, I love Harry P*tter. It was no different with the last and final book. This book brought tears to my eyes, and my heart to my throat.

Many times, I wanted Harry, Ron and Hermoine to hide underneath a bed with me; their mortal danger was emanating from the pages. Call me Mrs. Weasley. As it is, we lost many beloved friends: Hedwig, Mad Eye, Dobby, George, Tonks, and Lupin. They all died and my heart broke for those who remained, especially for little Teddy, Mr. & Mrs. Weasely, and most of all for Harry.

And for all the moments of terrible sadness. There were moments were my heart soared and tears were brought to my eyes for sheer happiness. When - what seemed to be the entire magical community - joined together and fought the ultimate evil. And when Kreacher stormed out of the Hogwarts kitchen. (I truly hope they don't cut this out in the movie.) My heart did summersaults.

Now for analysis of my predictions:

Some of my predictions were completely and totally wrong. (Said with a smile.) Dumbledore was definitely not from muggle lineage, nor did he have a connection in this way to Harry thru Lilly. James was not directly related to Godric Gryffindor. And Aunt Petunia did not have any magical abilities or links. (The story line of Petunia broke my heart. How she started shunning magic because she couldn’t be a part of it. In a way, I empathize and completely understand. She didn’t want to be left behind by her sister.)

However, I would give myself partial credit that Harry would win thru LOVE. He won thru chance (or acquiring the Elder wand), self sacrifice and love in my opinion. Also, I enjoyed how JKR allowed for Harry and other “good guys” to use unforgivable curses without tainting them. Giving me full credit for the theory of war being justifiable reasoning. Very glad she used the reasoning considering children of our soldiers. (And GO Mrs. Weasely when she got Bellatrix, I leaped in delight!) But, mostly, I appreciate how Harry never tainted himself with the ultimate unforgivable curse and therefore maintained the purity and innocence of his soul.

Alas, I was dead on that Dumbledore would not come back. However, for a dead character he contributed a ton to the story line. And I liked how they brought the fact that he wasn't perfect into reality, because no one is. It made me enjoy his character even more endearing. His relationship with Aberforth was so real and I truly enjoyed his character. The blue eye that brought me comfort thru it’s relation to my beloved Dumbledore.

My predictions about Harry’s relationship/ownership to a Hippogrif, a Dragon, a Giant, a Centauran, a flying motorbike, a two way mirror, Dobby, Rita Skeeter, and Umbridge. Personally, JKR did a great job in mentioning all of these things and beings. Can I just say, how my heart broke for Dobby. Also, how I disliked Skeeter and Umbridge just as much as the first time.

RAB or Rugulus surprised me. His protection of Kreacher gave me a tremendous amount of respect for him and his bravery for trying to stop Voldermort.

The character that I have grown to love is Snape. His beauty is that he is just like the rest of us, neither good nor bad, only human. And what a beautiful, proud, brave, strong, loving, and loyal human he was. His devotion to Lilly, well, it allows me to forgive him for his character flaws.

Despite my prediction that Wormtail would aid Harry, I never imagined that he would die in that terrible, cruel manner, so Voldermort.

The book only left me with one bit of confusion. (I am sure once I read it again, I am sure to find some other things that leave me a little baffled. Thinking too much does that to me.) I understand that Harry’s wand recognized Voldermort as being a mortal enemy/relative. But, the part that I am confused with involves the Deathly Hollows.

Now, we know that Harry inherited the invisibility cloak because it went down thru the generations. But, may I assume that the Elder’s ring was the same? Could Voldermort and Harry actually have been distant relatives? Therefore the blood bond was all ready there and it may explain the first altercation between Harry and Voldermort?

Ultimately, I know that it was very convenient how Harry feel upon the Hollows. What were the chances, that he would fight Draco and receive his wand before Harry sacrificing himself to Voldermort? But, I can’t begrudge JKR for her creative liberty, since it has always been her story. A beautiful, captivating, imaginative story which teaches so many valuable lessons about: humanity, death, equality, fairness, good vs. evil, community, and justice. To name just a few.

To me, Harry’s story will always be one of my favorites. (I actually read the Epilogue twice, because to me no one deserved a happy ending more than Harry.)
Thank you JK R*wling. Your imagination is beyond any that I have found and has brought me utter and complete joy. It helped me in ways that I cannot express, and I feel indebted to you.
Posted by Esperanza at 1:17 PM

Great review! I too felt myself soaring at times when I read this book, and shrieking aloud at others.

I believe that Voldemort & Harry are distantly related -- through the Peverell lineage. Doesn't Voldemort's maternal grandfather, Morfin Gaunt, claim to be a Peverell?

I've finally read this post, after finishing Harry Potter over the weekend. I, too, read the epilogue twice! I still don't quite understand why Dumbledore wanted Harry to know about the Deathly Hallows. Did he think the Deathly Hallows would help Harry, or did he just want Harry to be aware of them?

This is a great review of the book--I loved it also (of course)! It was really very good in terms of tying up loose ends. Dobby's death, and the way Harry buried him, made me sob enough that I had to close the book and collect myself.